The price of gold says that you better worry about that China virus.

Worry because its going global. So sooner or later, you might get sick from the virus. It may even kill you.

But even if you dont get sick, youll absolutely have to deal with a global economic retreat. That too is baked into this cake.

Its already worldwide, as we can see in unwinding markets and the fast-moving price of gold.

By Monday afternoon, an anonymous seller rumored to be the Bank for International Settlements slammed the gold price back down. Cant let things get too out of hand, right?

Golds move up and down was connected to the virus, to be sure. But theres more behind it, too.

Lets begin with golds recent $150 climb. It came after many weeks of bad news about the virus outbreak in China, and now more outbreaks in other locales.

Heres a recent lead article in The Wall Street Journal: Investors dumped stocks and flocked to traditionally safer assets like government bonds and gold this week on escalating worries that the coronavirus epidemic would crimp global growth.

True, as far as it goes. Inflows to gold funds are massive by comparison with action over the past few years.

But golds move is also part of a larger trend thats been 20 years in the making. The China virus created the final crack in a very weak dam thats now bursting.

Lets illustrate it with a chart Not just a virus. Long-term issues have moved gold.

You can see how gold began a long, upward move in 2001. The peak was 201112. Then we had a four-year bear market, followed by a base-build from 20162019. And the past six months have kicked off the next bull-phase for gold.Thats because there are deeply rooted, long-term issues that favor gold, which have nothing to do with China or viruses:

Right off the bat, the long-term table is set up for gold to run. Its rooted in limited mine supply, growing demand and all manner of monetary issues that favor long-term gold accumulation.

Were looking at bullish trends that have been quite some time in the making.

Now, along comes the China virus. The first few virus cases appeared in Wuhan, China back in October 2019. Wuhan had more cases in November and December, but the government kept news quite tight. By January, however, the virus was a thing.

At first, most Western mainstream media covered the outbreak as merely a quirky tale about an exotic issue in a far-away place. Some sort of bizarre animal disease, of little import to us Westerners.

The coverage was along the lines of its just the flu and well soon see a vaccine for this.

Then things quickly escalated. The situation in China is bad, with no relief in sight. Chinese statistics are manipulated, meaning way too low. Now there are soaring infection numbers in South Korea. Japan has a breakout underway. Iran has a big problem. Italy, too.

The virus is creating an economic nightmare on Wall Street. Supply chains are stalled across the globe. China has caught a bug and the rest of the world is getting pneumonia, so to speak.

Every economic metric in China is bad; even supposedly good metrics like lower pollution. Electric power consumption is down, as is coal usage. Chinas oil imports have crashed, along with imports of liquefied natural gas (LNG). Steel production is down. Auto production is way down, with auto sales off by over 90%. Traffic congestion is down, along with use of mass transit. Almost no real estate is changing hands anywhere in China.

People cant get to work in China. They wont or cant leave their house. Factories arent producing. Businesses arent selling. Nobody is making any money. Heck, the Chinese government is incinerating cash out of fear that paper bills are contaminated.

In short, weve built a world filled with complex business and debt relationships, amounting to trillions of dollars worth of commerce. And now its being strangled by the impact of the China flu.

No wonder the virus has triggered a market selloff and run on gold. Its a flight to safety. But again, keep in mind that all of this has been many months years, actually in the making.

What to do? Well, Whiskey & Gunpowder isnt an investment letter. But we have some ideas.

If you are heavily invested in broad stock markets, I hope youve booked some gains and taken money off the table. When markets are as bid-up as theyve been, the bulk of risk is on the downside.

Out of the 1,000 largest market-cap companies on the stock exchange, well over 900 of them have exposure to China. In that regard, everyone will have China issues in the next quarter or two or Q3 or Q-four. Lower earnings will trigger more selloffs. Get out of the way now, while you can.

If you own physical gold and/or silver, pat yourself on the back. Hang onto it. No need to sell just now. Theres more upside, although well likely see up and down days.

If your gold and/or silver is in your possession, even better. Beware of owning metal thats in someone elses custody. It may or may not be there. Always take possession.

Other ways to play rising gold and silver are with royalty companies. They own a share of mine output, but without the risk of mine operations. I like to say that the biggest risk of a well-run royalty play is if the mail carrier doesnt deliver the check.

Gold funds and exchange traded funds (ETFs) are good, but theres a quality spread in terms of management savvy and overhead costs. Still, if you dont want the trouble of managing a portfolio, a well-run ETF offers a nice tide with which to lift your boat.

Right now, even the gold miners are in market flux. Some have moved up; many have sold off. Its part of the general market unwind but itll also offer opportunities in the days and weeks ahead.

Large-cap mining plays are moving, but are subject to market gyrations. Over time and in a rising gold environment, theres upside.

Smaller mining plays fall into the category of intermediates and juniors. Intermediates have more risk, but the best of them offer significant upside, especially in a rising price environment. When you look at intermediates, its a stock-picking game. You must know the people and the assets.

The junior arena is even riskier. Again, you must know the people and assets. Many companies are single asset plays (or maybe two or three exploration areas). And success or not is heavily dependent on smart geologists, engineers and management teams turning the brown stains on a hillside into a defined ore body that they can sell or partner-off to a larger player.

When it comes to the junior plays, beware the tip-sheets and/or rumor mills That XYZ Gold has a fabulous deposit, blah, blah, blah. Ive been covering these kinds of companies for many years, and I assure you it takes intense work to figure out whats happening. Phone calls, meetings, reviewing maps and documents, traveling, kicking rocks. Theres nothing easy here.

Also beware chasing momentum. Still, you should be on the train, versus standing on the platform, watching the last car roll away.

The China virus is one more indicator that globalization has run its course. Too many supply chains are at risk. The global economy is due for a bout of pneumonia, along with however many people come down with the Wuhan virus.

Right now, it has triggered a move with gold; but that run was long in the making. Its investable, but as with all such things, you must know what youre seeing and keep your wits about you.

How the Coronavirus Could Elect Joe Biden

Today, Jim Amrhein offers up a take on Bidens spectacular political phoenix act that nobody seems to be talking about. 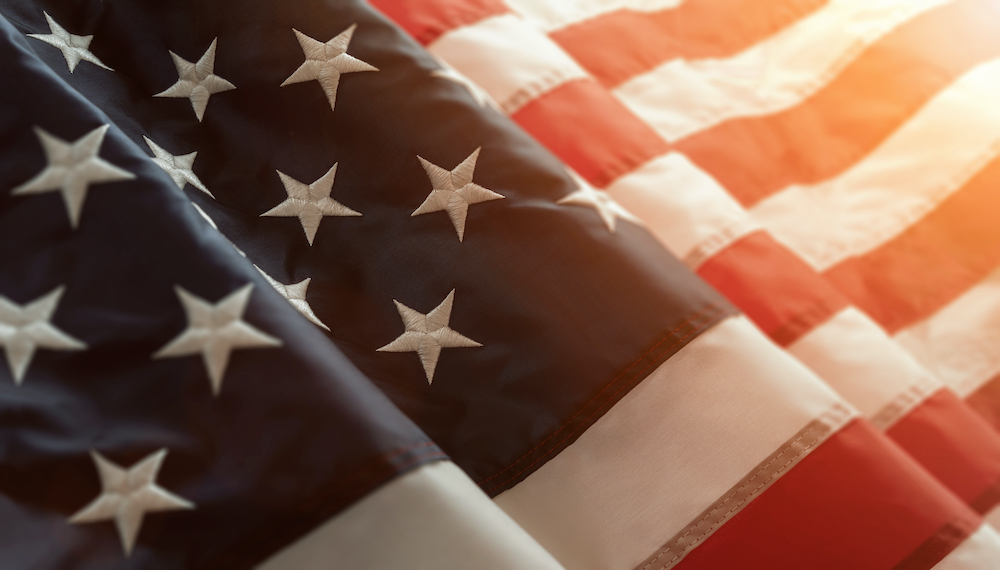 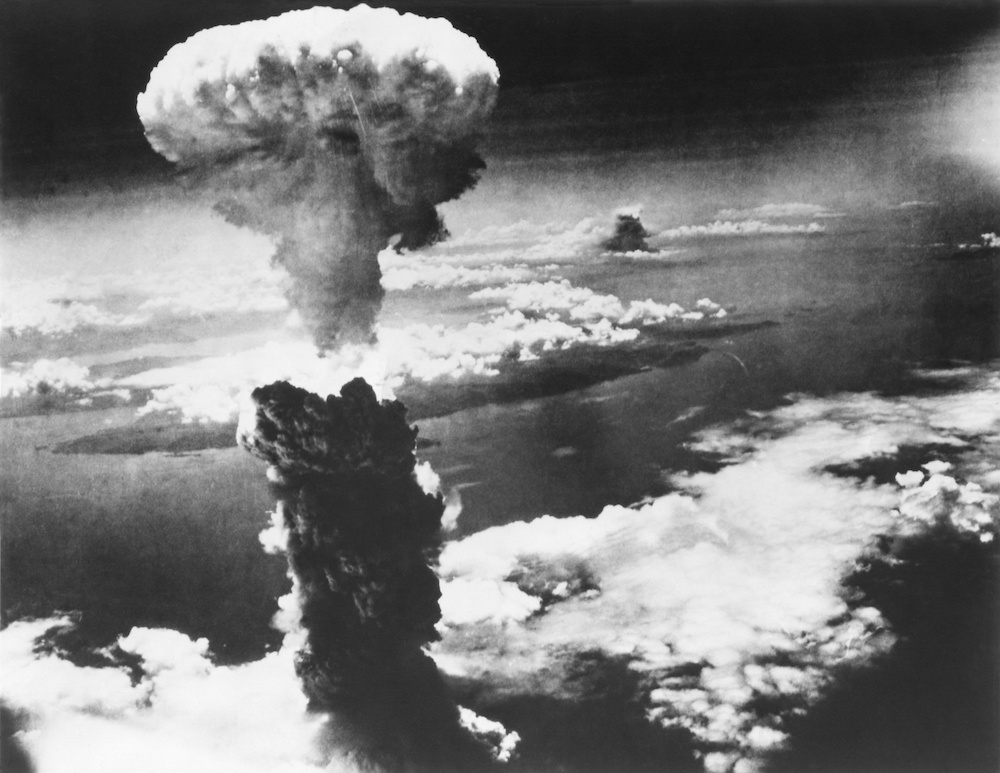