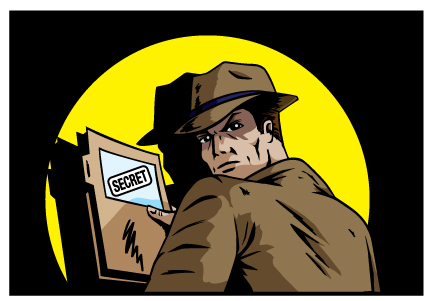 How Much Are They Really Telling Us About UFOs?

Last Friday, the U.S. Office of the Director of National Intelligence (ODNI) released Preliminary Assessment: Unidentified Aerial Phenomena, the unclassified version of its much-ballyhooed “UFO report” prepared for the Congressional Intelligence and Armed Services Committees. The report references data on what’s now being called Unidentified Aerial Phenomena (UAP) collected by U.S. government sources between November of 2004 and March of 2021.

Not being a high-ranking member of Congress or a bigwig in the U.S. intelligence community, I can’t say how beefy the classified version of this report is — but at a scant nine pages (two of which are appendices), the unclassified version seems a bit thin to me. Especially since the Department of Defense authorized the formation of the Unidentified Aerial Phenomena Task Force (UAPTF) nearly 11 months ago.

Most of the report’s data came from the U.S. Navy. But by my count, at least 17 U.S. government agencies and entities provided input of one kind or another. Here are some of the report’s highlights and important points, as I interpret them:

Another interesting nugget in the report was the fact that the task force, “regularly heard anecdotally during its research about other observations that occurred but which were never captured in formal or informal reporting by those observers.”

This led the UAP Task Force to focus primarily on incidents that included both first-hand observation by military aviators AND evidence from sensor collection systems they considered reliable.

One thing that pleasantly surprised me was the report’s frank acknowledgment of “sociocultural stigmas” and “disparagement” associated with observing, reporting, or discussing UAP incidents. According to the text, “reputational risk may keep many observers silent, complicating scientific pursuit of the topic.” That’s an important point in the discussion of any kind of mysterious phenomena.

On the other hand, here’s something that shouldn’t surprise anyone…

Aside from the ubiquitous endpoint of all government endeavors — the need for ever more money — the unclassified Preliminary Assessment: Unidentified Aerial Phenomena report is almost completely devoid of any actual conclusions. But I’ve got a few conclusions of my own to offer here.

The first of these is that very clearly, a lot of stuff is going on up in the sky that’s strange and way out of the ordinary. That’s as obvious as can be if you just think about it for a minute. Despite the very real stigma that accompanies the reporting of such incidents…

The content of the ODNI’s new report proves that a sizeable number of our best and brightest pilots have gone on-record with at least 144 encounters with unidentified aerial phenomena — mostly within the last two years, as official reporting protocols have finally come online (they didn’t even exist before 2019). And many others have regularly spoken up with unofficial reports of countless more weird experiences with what we used to call UFOs.

Point being, our military aviators are among the most sane, well-adjusted, level-headed, intelligent, and sober people on the planet. They have to be, or they could not be trusted every single day to command hundred-million-dollar aircraft armed with weapons that could start World War Three.

So if they say something’s going on out there, that should be good enough for anybody, sensor-verified or not.

My Whiskey & Gunpowder colleague, Byron King, agrees with me wholeheartedly on this point. That carries a lot of weight, too — because Byron’s a former naval aviator himself. And although he never personally experienced any close encounters with UFOs, he’s inclined to believe any one of his fellow Navy flyers who say they have.

Beyond the report, we’ve also recently seen footage and heard pilots’ sometimes incredulous descriptions of a number of UAP/UFO encounters on TV and the Internet. The Pentagon has confirmed the authenticity of some of these clips and incidents, too. But I digress again, as always…

The point I was leading up to is that out of 144 officially recognized UAP cited in the report, the Task Force has identified just one with high confidence so far: A deflated weather balloon. That leaves 143 more they project to one day be able to categorize as airborne trash, rare atmospheric events, esoteric U.S. government or industrial activity, hostile foreign technology, or “other” (read: alien activity?).

I think it would be prudent to assume that some of it is enemy action, whether there’s proof of that or not. Because what’s the old adage: Si vis pacem, parabellum?

If you want peace, prepare for war.

It’s an unofficial motto that has stood the United States in good stead for decades. It won us the Cold War, in fact, as we spent the U.S.S.R. into bankruptcy trying to keep up with us militarily…

But now Russia and China are growing in power and ruthlessness as America weakens under anemic leadership that’s more concerned with protecting its people from minor offenses at each others’ hands than a major offensive against our sovereignty from enemies abroad.

Point being, if we always assume that our adversaries are one leg up on us militarily and technologically, we’ll strive that much harder to develop our own physics-defying weapons systems to give them pause about starting trouble with us.

But doing that requires contending with some unpleasant, yet timeless truths about international relations — and devoting the necessary resources, both financial and human, toward ensuring that moment of pause among our enemies.

The problem is that all the money and hard work spent in the name of perpetual military advantage doesn't buy as many votes as giving that same money to people who refuse to work. That’s the liberal secret to victory in the long run. They know that protecting and nurturing independence doesn’t pay as much, politically, as creating and fostering dependence.

For me, the bottom line is this: If America’s anxiety over the possibility of hyper-advanced airborne weapons from hostile foreign nations reboots our collective focus on technological and military superiority at all costs, I hope Washington starts releasing a steady and growing stream of UAP evidence from now on.

What if it’s not foreign technology, you’re wondering — but otherworldly tech?

The way I look at it, if there are intelligent life forms from other parts of the Milky Way capable of penetrating our atmosphere undetected and deploying craft that can zig and zag the way some of our military personnel have described…

They don’t need anything from our dirty, violent, diseased, depleted, strife-ridden, and comparatively antiquated world except entertainment.

Think about it: To beings that advanced, wouldn’t humanity seem like some drive-in movie to watch for drama, laughs, tears, and horror? We’d be like The Truman Show to them (The Human Show?), or a 24/7 soap opera. As the World Turns, quite literally.

So through that lens, it’s really no wonder that we never seem to get a good look at UFOs, and why they all seem to quickly zoom off and disappear, leaving even the most sane, credible people to wonder what they saw — or question if they really saw anything at all…

Because if everybody suddenly became aware of aliens watching us, we’d pull the curtains shut, sound the alarms, and release the dogs of war. That would be a big buzz-kill for cosmic voyeurs, wouldn’t it?

They’d have to search the galaxy for a new reality show to watch.

Of course, I’m being tongue-in-cheek here. Although I keep an open mind, I don’t really believe that we’ve got a bunch of extraterrestrial peeping toms in our midst. The point of my joke is that if we’re going to have radically advanced, weaponizable, and virtually undetectable technology flitting and hovering around on the margins of human consciousness…

I’d rather it be E.T.’s than President Xi’s.

And in a world that’s put together right, it should be America’s — and no one else’s.

Today, Byron King explains how we’re moving to a world in which only the wealthy will be able to afford a car.