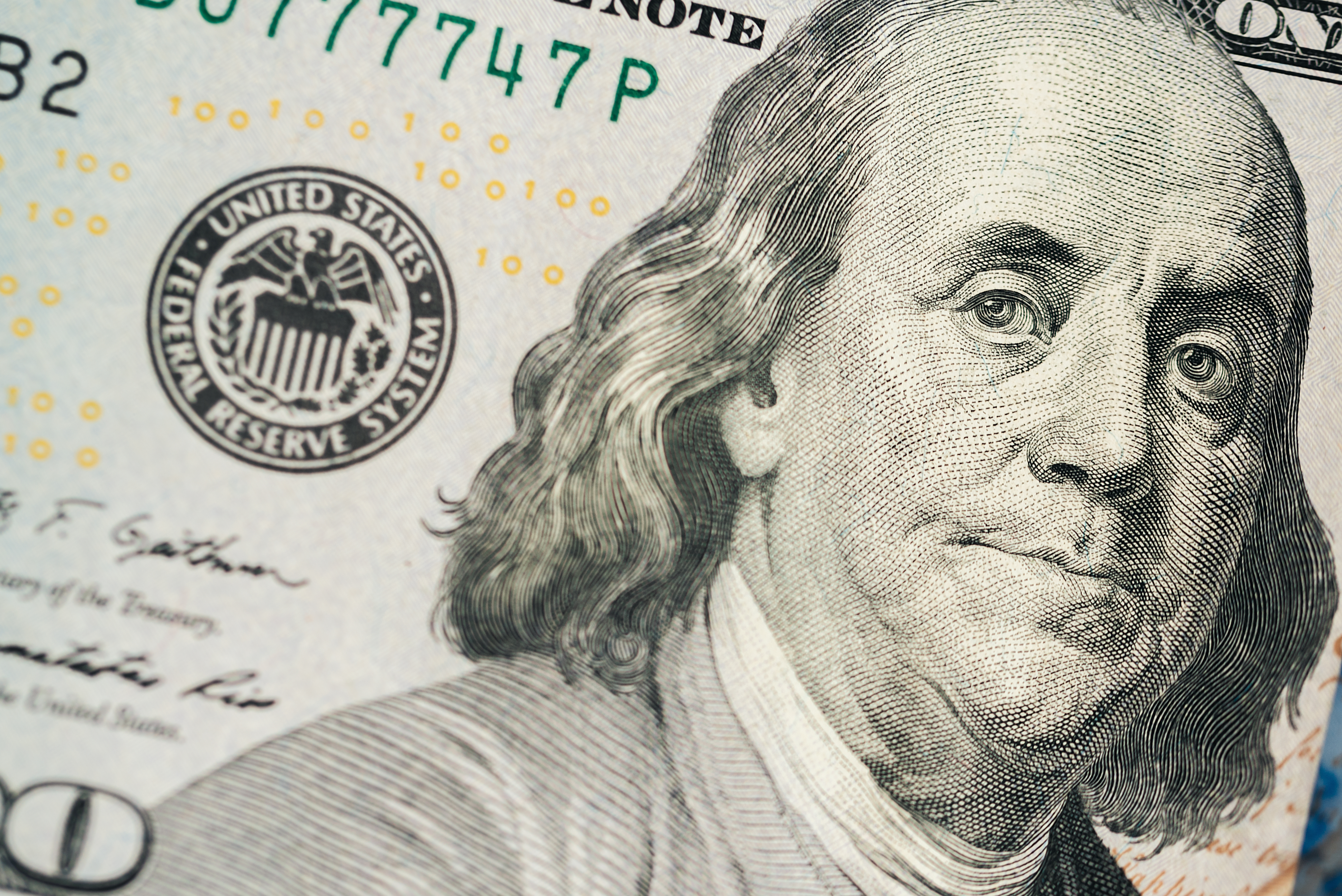 Independence Day and Thinking About Ben Franklin, Gold and Oil

Happy Fourth of July weekend. Or more accurately, Happy Independence Day. Because really, celebrating that “Independence” thing is what the long weekend is all about.

This year marks 245 years since the signing of the Declaration of Independence; hence, the federal holiday.

Here at the Whiskey bar, we enjoy looking back. History is up our alley because, after all, our very name hails from the Whiskey Rebellion of the 1790s, early in the life of a young nation.

So today we’ll ponder that declaration, as well as some of the people and times that gave rise to it.

And we’ll look at the price of gold and oil too, because what better way to measure the degree of independence we enjoy (or not) today than by the value of money and the energy available to do things.

There’s much to say, so let’s dig in…

It’s worth noting at the outset that the very idea of American independence from Britain was controversial in the 1770s. There was nothing predestined or foregone about it.

As we’ll discuss in a moment, by mid-decade, many people wanted out of the arrangement with Britain, although large numbers were perfectly happy to remain — the so-called Loyalists.

Most colonists in North America were of British extraction and spoke English, but not all to be sure. The 13 Colonies held people from all over the map. Everyone in North America had a story as to how they, or forebears, came across the ocean.

Some were intrigued at the idea of moving from Britain, if not other nations, into new lands. Some were discharged British soldiers or sailors, without means to return home. Some came as prisoners or indentured servants. And of course, some came as slaves.

Meanwhile, much of the built environment of North America had distinctly British roots. These ranged from the design of roads and bridges to town layouts and architecture of houses and public structures.

The legal system, of course, was British, based on English Common Law, Blackstone’s Commentaries being the principal guide to administering justice.

All this while the Royal Navy protected colonial commerce and British troops were present to provide security.

Threats to British subjects included the French Empire to the west, beginning in western Pennsylvania, the Spanish Empire to the south, in Florida, and natives who opposed colonial expansion.

So all in all, by the mid-1770s there was plenty of sociology at work and multiple personal and financial interests in play.

Yet despite the array of people spread up and down the Eastern seaboard, by the early 1770s the seeds of a broad independence movement were sown.

Much of the impetus for America’s independence movement originated during and after the French and Indian War (1754-1763). And it’s important to understand that the North American aspect of this conflict was part of a larger struggle between Britain and France, called the Seven Years’ War.

That is, those war years were not just Britain and France fighting over Quebec and the Ohio Valley. No, combat was worldwide, from Caribbean islands to South Africa to India and many other locales.

The short version of what happened in North America in the 1750s-60s is that colonists joined British troops to fight the French in Quebec and to fight French and their Indian allies all along skirmish lines down the Allegheny Mountains.

When the shooting was over, by the mid-1760s the American colonies emerged with a cadre of trained soldiers and officers, and this alone was the nucleus of a future, organizational military structure. Indeed, many a soldier in the Continental Army got a start in the French and Indian War — George Washington comes to mind, among others.

Actually, George Washington may very well have started the French and Indian War with his actions in 1754 at a site called Jumonville, Pa. There, a French officer was killed by one of Washington’s scouts and Washington in turn signed a document admitting to murder. Events cascaded into a higher level, and in the end a major war. (Lesson: be careful what you sign!)

But let’s move back to the aftermath of the French and Indian War, which provided a basis for North American colonials to claim a legacy of martial success. The war engendered a sense of self-confidence in the colonials, and also galvanized a strong public and even cultural sense of American identity.

This new American identity boiled over in the late 1760s, when Parliament imposed new taxes on the colonies to help pay for the legacy of war debt from fighting the French.

When American representatives went to London to protest the taxes, they were rebuffed and literally laughed at and mocked by officials up and down the halls of British governance.

One butt of gross insult was a man from Philadelphia, by way of Boston, named Benjamin Franklin, who was publicly shamed during one famous episode in Parliament.

And in retrospect, the British toffs picked on the wrong guy. Because Franklin was influential, and he made that influence known.

Franklin (1706-1790) spent a bitter period, early in his life, as an indentured servant. He was well-acquainted with scarcity and privation, based on the austere colonial economy carved out of New England, then a far frontier of the British Empire.

After gaining his freedom Franklin went on to become a printer, editor and merchant. Indeed, at several points Franklin was awarded government contracts to print the paper currency of Pennsylvania. 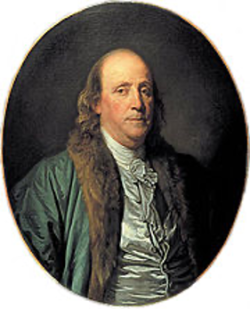 Franklin was also a well-known natural scientist, scholar, writer and inventor. He published almanacs, and came up with an array of inventions and innovations ranging from the lightning rod to a musical instrument called the glass “armonica.”

And it was Ben Franklin who came up with many social innovations that we today take for granted, such as America’s first lending library and the first volunteer fire department.

In 1776 Franklin served as editor of the Declaration of Independence. Thomas Jefferson wrote much of the document, and Franklin made just a few changes. But in the end, it went before the Continental Congress under Franklin’s forwarding letter. 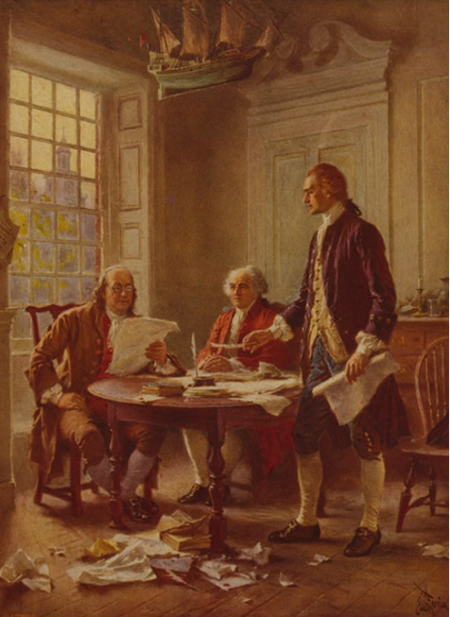 Congress made just a few changes to Jefferson’s and Franklin’s Declaration. And then the document was passed on July 2, 1776 and ratified on July 4, 1776.

After the Declaration, Franklin spent much of his time in France, raising funds and other support for the American revolution.

Over time, Franklin served the country a politician, diplomat, philosopher, ambassador and eventually in 1787-1788, as a Founding Father of the United States of America.

Indeed, it was Franklin who famously summed up the form of U.S. federal government (if not its ultimate fate) as he walked out of the proceedings of the Constitutional Convention of 1787.

“What sort of government do we have, Madame?” he replied to a question.  “A republic, if you can keep it.”

Today, it’s fair to say that Franklin is among the best-known Americans throughout the world.  His intellect and accomplishments are the foundation of his fame.

But one aspect of Franklin’s worldwide recognition comes from the fact that his image is printed on the U.S. $100 bill. Thus is Ben Franklin ubiquitous in the hard cash sector of international trade and commerce.

This monetary aspect of Franklin’s fame is worth bearing in mind. Because it now takes about three-quarters of one of those Franklin $100 bills to purchase one of these, namely a barrel of oil. 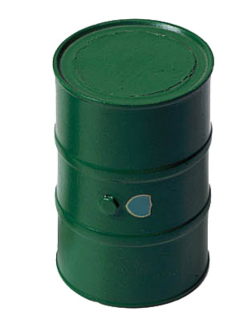 And it takes about 18 of those Franklin $100 bills to purchase an ounce of gold. In fact, the daily gold quote has hovered in recent days around a patriotic-sounding number, $1,776. 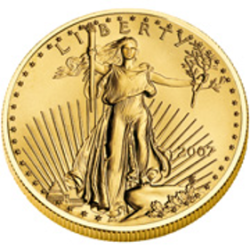 Just a year ago a Ben Franklin $100 bill would buy over two barrels of oil, not one. And coincidentally, a year ago it took about 18 Benjamins to buy that ounce of gold.

So looking back over one year, gold has fluctuated but held to a flat range, while the price of oil has doubled.

At the same time, despite gold holding steady, it’s clear that inflation is on the loose throughout the U.S. and world economy. Pretty much everything you buy and use costs more, from food and clothing to housing, fuel, cars and much else.

It costs you more to live and definitely costs more to travel by car, truck and in anything else that burns oil-based fuel.

Meanwhile, consider what a difference a year makes. Much has changed in the past 12 months, ranging from all-things-COVID to the entire approach of governance by the people in power over the nation.

Indeed, in the past year we’ve seen the truly ugly side of American governance, coupled with massive incompetence at every level.

We’ve lived through a year of lockdowns, mask mandates, corrupt and hypocritical bureaucrats, closed schools, tumult in politics, riots in the streets, deconstructing American history, inflation, lost wars abroad, rising powers elsewhere in the world and much else. It’s fair to wonder where it’s all heading. Just connect the dots, and it’s not a good place.

In a fundamental and philosophical way, it brings us back to Ben Franklin’s comment in 1787 about living in “a republic, if you can keep it.”

That’s an open question. The price of gold may be the same since a year ago, but long-term it’s rising. And obviously, the currency is declining in value, evidenced by inflation. The things you want in life are becoming more and more expensive.

In one key element of freedom — in the arena of freedom to travel — the government is waging war on your car and the fuel that goes in the tank, as we discussed just the other day in an article entitled “Demolition Derby.”

But for now, just take a deep breath and enjoy the holiday. Ponder the past and prepare for more craziness in the future.

America’s Next Declaration of Independence

Today, Jim Amrhein explains why the United States needs to declare its independ-ence from China.